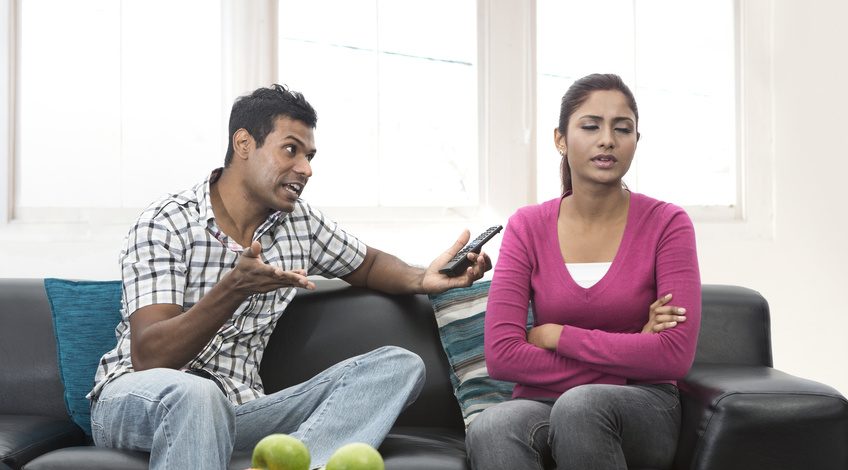 Losing control during your relationship conflicts? Couples Therapy can help you.

As San Francisco DBT therapists with expertise in couples therapy, we work with many couples who struggle with losing control during conflict.

If you lose control when you and your partner experience conflict or have a disagreement, it’s not because you’re a bad person or don’t love your partner. It’s because your emotions have become dysregulated. Learn more about emotional dysregulation here.

You lose sight of the bigger picture and say or do things that work against what you want in the long-term (a loving, stable relationship).

Your attention narrows to just focusing on reducing the bad feelings.
When your sole focus is on reducing negative feelings, you’re more likely to lose control over what you do and say – regardless of the consequences.

Losing control is not used in here in a derogatory sense but in the factual sense.
When enough stress piles on, everyone has a hard time controlling what they do and say.

Losing control can manifest itself in different ways

Example:
Amanda and David have an agreement that he’ll text her when he’s late coming home.

One day David gets caught up with a project at work and forgets to text her.

Amanda grows increasingly upset as time passes and she hasn’t heard from David. She begins to imagine that something bad has happened to him, which makes her even more upset (increasing her emotional dysregulation).

As her emotions get more and more intense, she begins to doubt that David cares about her at all – or starts worrying that he’s having an affair.

She tells him he’s selfish and too immature to be in a relationship.

She pours herself a glass of wine to try and relax while she waits for David – and winds up nearly finishing the bottle.

Amanda is so upset at David (and feels so ashamed for getting that upset) that she hits herself with her fist.

Amanda is so upset at David that when he comes home, and they begin arguing, she shoves him in the heat of moment.

More on the Losing Control Continuum:

Shutting Down and Swallowing Your True Feelings

Losing control can also look like shutting down, apologizing, or agreeing to something that you don’t want just to keep the peace.

Even though it’s not as obvious, this is also a form a losing control.
Because you’re focused solely on reducing the negative feelings – and may compromise your self-respect and long term relationship goals in the process.

To go back to above example:

Amanda is so upset that David is late and hasn’t texted her, that when he finally does come home, she gets quiet and doesn’t say anything about what’s upsetting her.

Apologizing when it compromises your self-respect:

When David comes home, Amanda confronts him about the fact that he didn’t text her.
David gets defensive and tells Amanda she is too demanding.
Amanda apologizes for being needy and agrees with him that she needs to work on being less demanding.

A note about strong emotions

Being emotionally dysregulated is not the same thing as feeling a strong emotion or just being upset.

You can get frustrated, or hurt, or sad, and still be in control. The strong emotion doesn’t feel good, but it doesn’t prevent you from figuring out the wisest thing to do in the situation.

Curious about how Dialectical Behavior Therapy and couples therapy can help you?

Contact (415) 310-5142 for a free phone consultation. Our offices are located in the Castro district of San Francisco.

Posted in couples counseling and relationships, DBT
← Tips from a San Francisco Couples Therapist: Should we start therapy?I am not OK →